SEE OUR Menu FOR TODAY 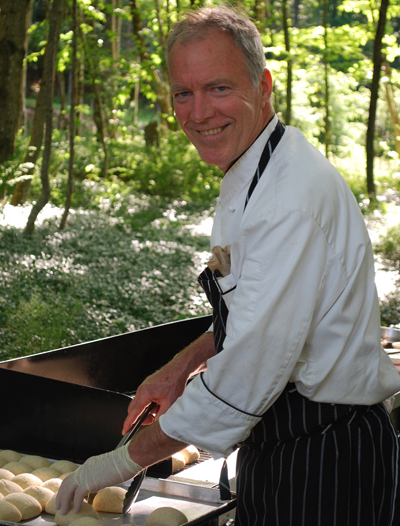 Chef Richard Erickson is a graduate of the "School of pots and Pans". He has lived, worked and eaten in France, Switzerland, Tokyo, India and Indonesia. In N.Y.C. he was the head chef at Two-Eleven in Tribeca, Metropolis Cafe on Union Square, and Bistro du Nord on Madison Avenue. Between restaurants he was chef/instructor at theFrench Culinary Institute. He wrote "Pizza Pizzazz" which wasillustrated by wife Mary Anne and marketed by Williams Sonoma and Sur La Table.

He and Mary Anne opened and operated the Blue Mountain Bistro in Woodstock, N.Y. from 1993-2005, before shifting to catering and gourmet take out. The food, the stories and the culture of the Mediterranean continue to fascinate and stimulate most of his cooking.

Part of THE TEAM!